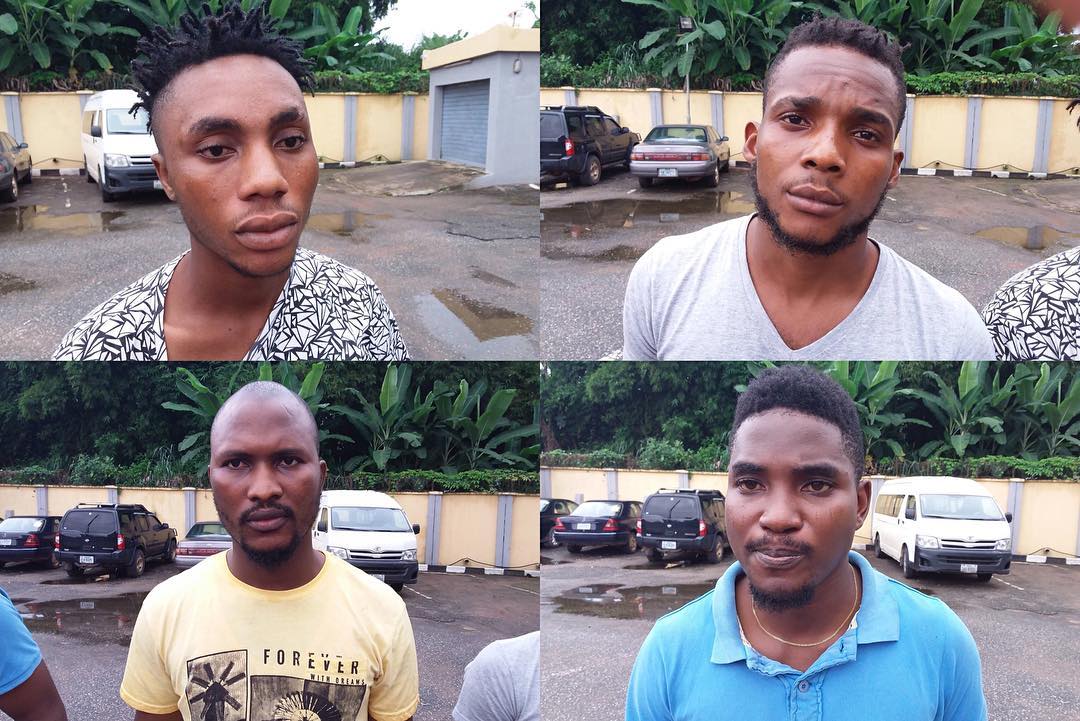 Four suspected internet fraudsters will soon be arraigned in court by the Benin Zonal office of the EFCC. The suspects, Shiko Romeo, Bobby Edigiu, Henry Nisike and Emmanuel Ayo were arrested recently by men of the Nigeria police force on suspicion of being involved in internet fruad. .
.
Upon handing the suspects over to the EFCC Benin Zonal Office, operatives of the Commission embarked on painstaking investigations including forsenic analysis of their laptops where incriminating documents were retrieved and printed. .
.
The suspects later confessed to their involvement in internet fruad using fake identification on Facebook in their attempt to hoodwinked unsuspecting persons especially European and American women. .
.
For instance, Shiko Romeo, who claims to be a student of National Open University, NOUN, confessed that he scammed the duo of Kitty Zamaripas and Susan various sums of money with a promise of love relationship using the name John Culfer who lives in New Jersey, USA.