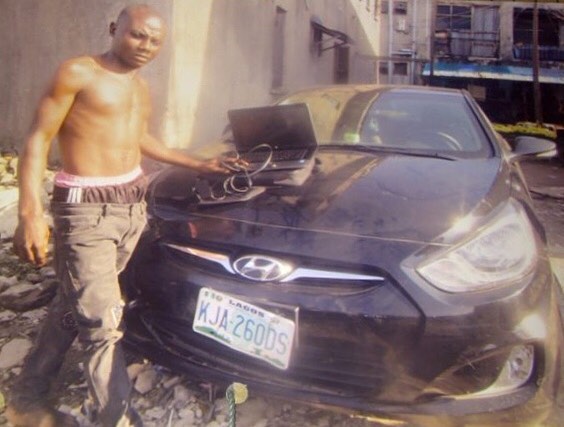 Aba allegedly stole the car the same day he was employed. He was arrested at Iyana Oworo bus stop area after the car suddenly stopped on his way to Benue State.

According to the police, the incident occurred on 30 September, 2017. The police further alleged that after all workers of the company had closed for the day, the suspect entered the office’s reception to picked the key to the Hyundai car and stole one HP Laptop valued at N124,000.

But unknown to the suspect, the car was fitted with security gadgets. During interrogation, the suspect confessed that he stole the car to use it for commercial purpose in Benue State or sell it off and use the money to start his life.

Aba was arraigned before an Igbosere Magistrate Court, Lagos on a one count charge of stealing. The accused however pleaded not guilty to the alleged crime and Chief Magistrate Mrs A.O Komolafe admitted him on bail in the sum of N2.5m with two surties in like sum.