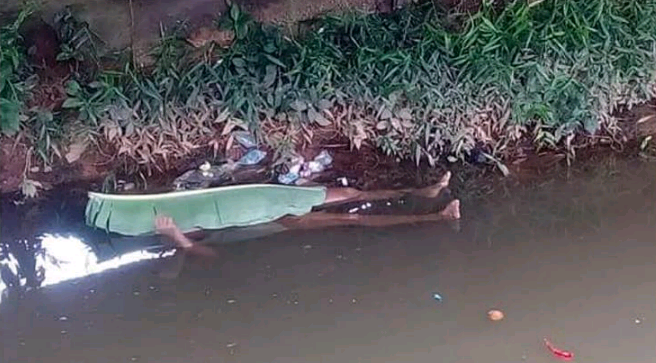 A 30-year-old man identified as Amos, drowned inside Atabong river in Eket, after getting drunk on Sunday.

According to reports, he had attended the opening of a funeral house in town, where he got drunk, and decided to take a cool bath inside Atabong river, as he normally does. .
.
Eyewitnesses said he only swam for few minutes and was not seen again. An alarm was raised to rescue him but he was no where to be found. His dead body was later spotted on Tuesday.